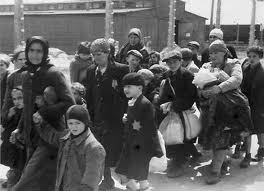 One having Polish pride will not go wrong. It is pure bliss and joy to your homeland and vacationland. Wheter you were born in Poland or not, there is a lot to celebrate and remember. Learning about Holocaust is very important, especially when you know very little about this subject. Our generation and all the once after us need to keep remembrance of the Holocaust alive. If kids ask: „Did Holocaust really happened?” we will respond by saying yes, and showing them the history and the horrible time period people went through.

My report is useful because kids should know what the children in the Holocaust went through and what they did in their daily lives. If the Holocaust were still happening today, they would know what they would be doing and how drastically their lives would be changed. Knowing this information, they will know that they should be very thankful for everything they have and grateful to be living in America. I chose this subject because I didn’t know very much about it and I am very curiou to find out about the history of the children in the Holocaust.

The Germans and their collaborators killed a horrifying amount of children 1,5 million. Over a million of Jewish children, and thousands of Polish and Romani (Gypsy) were killed. Even children in Soviet Union and German children with phisical and mental disabilities living in institution were killed. The chances for survival for Jewish and non-Jewish teen, ages 13-18 were higher, because they could be arranged for forced labor.

Children were killed in the following ways: when they arrived in killing centers, immediately after birth or in institutions, by being used as laborers, subjects of medical experiments, and during anti-partisan operations. In the ghettos the Jewish died from the lack of clothing, food and shelter. German authorities considered younger children to be „useless eaters”. Because children were too young to be deployed to forced labor, German authorities usually took them with the eldery, ill, and disabled, for the first deportation to killing centers, or the first to be led to mass graves and be shot.

Believe it or not, the bones and flesh of murdered loved once were made into soap. A survival of the Holocaust stated: „The production of soap of human fat is so unbelievible that even some who were in concentration camps find it difficult to comprehend”. This is a quote from a survivor of the Holocaust. The full statistics for the tragic fate of the children killed by the Hitler and hi Nazis will never be known. The children were taken from their homes and their childhood. They faced starvation, sickness and brutal labor, until they were assigned to the gass chambers.

„It’s really a wonders that I haven’t dropped all my ideals, because they seem so absurd and impossible to cary out. Yet I keep them, because in spite over everything I still believe that people are really good at heart”. 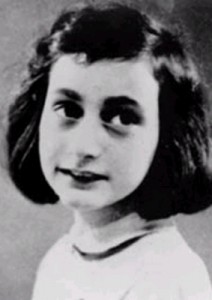 This quote was written by a talented girl named Annelies Marie Frank (Anne Frank) who was born on June 12, 1929 in Frankfurt am Main, Weimar Germany. She had a great talent of writing and took it seriously. Her family would call her „the girl who knows everything” beacuse of her talent of writing. When Hitler invaded, she and her family went into hiding in her father’s office upstairs behind the hidden door that was behind the bookcase. There were a series of rooms behind the hidden door and they called the place they hide the Annex. They were in the Annex, hiding, for 25 months. An annonymous tip betrayed the Frank family and the Nazis found the secret Annex. The whole family was taken to numerous camps.

Anne Frank died of typhus in the Bergen – Belsen concentration camp, within days of the death of her sister, Margot Fran. Their mother, Edith Frank, died in another concentration camp called Auschwitz, but their father, Otto Frank, survived and brought Anne’s diary, Kitty, to life. In 1947 he published Anne’s diary as a book called „Secret Annex” and in 1952 the book was published in America. In 1960 the Annex became famous museum which thousand of people visit every year. At last, in 1986, the full manuscript of Anne’s diary was published. Anne Frank was one of millions of Jewish children who died in the Holocaust. The quote that is stated in the next sentence is another actual quote by the great writer herself, Annelies Marie Frank.

„How true Daddy’s words were when he said: All children must look after their own upbringing. Parents can only give good advice or put them on the right paths, but the final forming of the person’s characters lies in their own hands.”

Those, who were not reached by SS, were ordered to concentration camps. In those camps they were brutally beaten and killed if their work was not fast enough, ot did not meet the standards of the camps leaders. The later, newer, camp started receiving gas chambers and these chambers would kill as many as 6,000 a day. The dead bodies were burned in the oven in the crematorium, and their ashes were often used to fertilize crops. Some concentration camps people were sent to are: Dachau, Treblinka, Bergen – Belsen, Belzec, Chelmno, Majdanek, Sobibor and Auschwitz. Auschwitz was the largest and well known. Prisoners at these camps were given tattoos with the number, so they would be identified.

At Treblinka, 700,000 to over 1 million people were killed. The gassing at Dachau never went passed the experimental stage and they were in no way used the same ways, as the gas chambers in Auschwitz were. At Dachau they also performed Intense Coolling experiments. They would dress the subject in certain clothes and put their whole body in water, which was from 2,5 to 12 degrees Centigrade.

High altitude tests were also performed and the subject would be taken up at certain heights above see level and tehy would see how long they would survive before their breathing stopped and then die.

Auschwitz, a labor camp, killed a largest amount of people. About 1 300 000 perished and 1 million died in gas chambers. The doctor who was the most infamous for carrying out horrible experiments was Mengele. He once supervised an operation where two Gypsy children were sewn together to make Siamese twins. He once cut off a person’s arm, without anesthetic, and attempted to reattached it to see if it would still work and go back to normal. Mengele never used anesthetic in his experiments because it was far too expensive for him to waste on people who meant nothing to him.

More than 250,000 Jewish people were labeled as „Displaced Person” after WWII ended and from 1945-1952 they lived in camps and centers in Germany, Austria and Italy, while trying to find their families. The fortunate peoples lives who survived in these death camps would be changed forever. They would have the painful memories still in their thoughts and in their heart.

The Holocaust means a different number of things to many different people. It may mean a lot to some and very little to others. To Jewish people it may be a very important thing and to them it means the death of many of their people. The most notable phraze from the Jews is „never again”. This means that they will never let themselves be tortured, and enslaved again, if they have a choice. For many other people like Christians or Muslims, the Holocaust is a reminder, that some people are not very smart and we must look out for each other and be at peace with all. Many people deny the occurrence of the Holocaust and they rather call it the Hocsacaust. To them it means: „great or total destruction especially by fire” as in the dictionary. The Holocaust has many meanings today, but the meanings can change tomorrow. We never know when a „sweet talker” like Hitler will talk ignorant people into killing their own friends, families and more.

The Final Solution was the mass murder of the Jews by the Nazis in 1941 – 1945. The term was short for the Final Solution of the Jewish Question and it was the Nazis’ own term for their attempt (starting in 1941) to kill all the Jews in Europe. The Jews were harmless and even at some level the Nazi leadership knew this. The Nazi saw the Jews as a problem for Germany, for Europe and for the world. They wanted to „solve” the problem and in 1941 the Nazi leadership agreed to exterminate the Jews once and for all. They wanted to, and tried to kill every Jewish person in Europe. They came close, killin about 6 million and leaving fewer than 1 million alive in areas that they controlled.

Be thankful for who you are and what your ancestors had done for you. You have to be grateful for everything and enjoy every moment because no one knows when it will be your last…