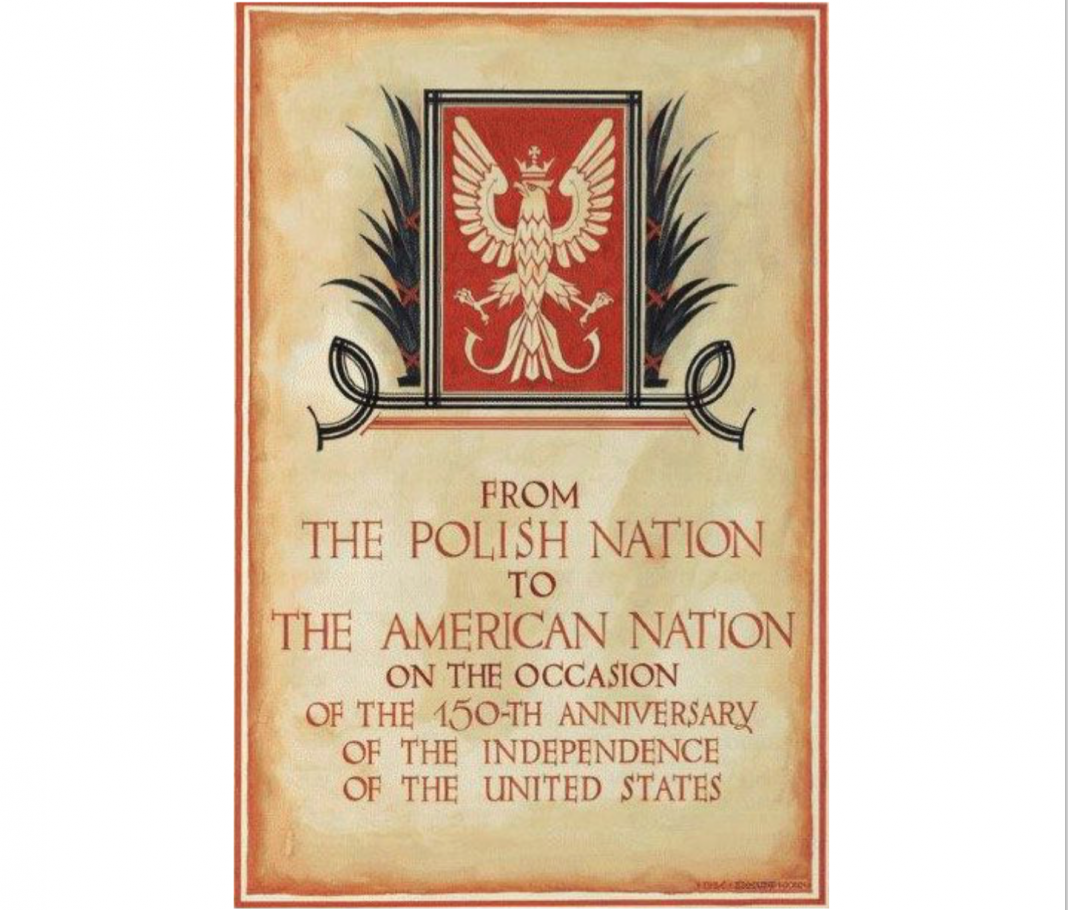 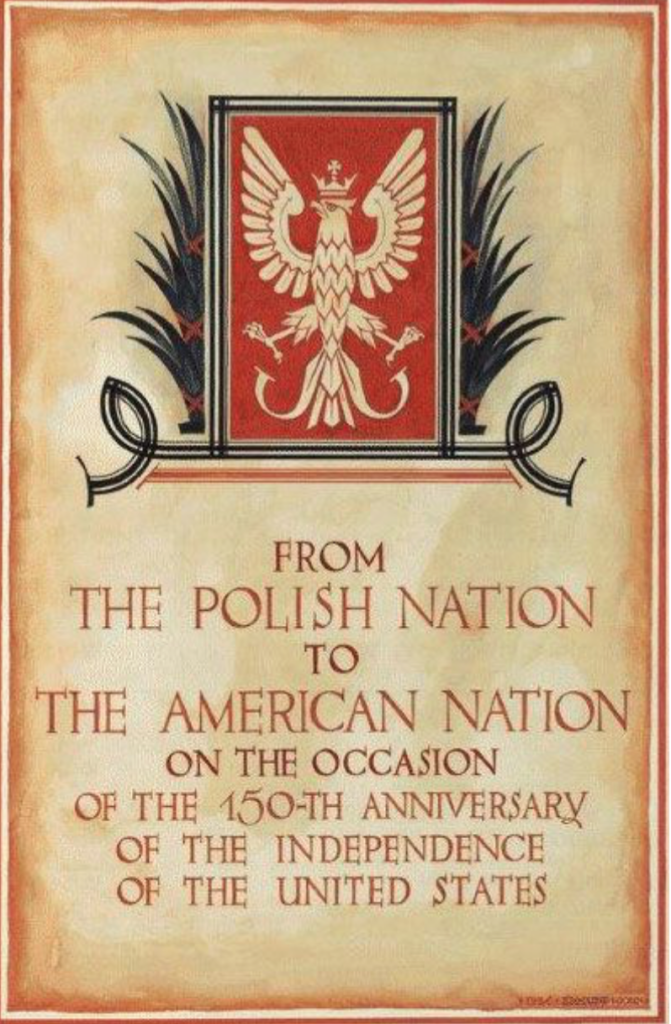 Imagine a class of first graders in 1926, somewhere in Poland. In that class there are 7 year old children who are very carefully writing their last and first names on some fancy paper on top of which there is a message written with large letters “We, Polish students, declare our admiration to the People of the United States on the occasion of the 150th anniversary of your Independence” (translation by Sam Ponczak ). These youngsters probably do not understand the meaning of the message. But they understand that they need to very carefully craft their name, dunking their pens into the ink wells, without leaving any blotches on the fancy paper.

In that class there are Polish, Jewish, Ukrainian, Russian and German children.

Today, the U.S. Library of Congress has in its Manuscript Division the signatures of about 5 million children in the so-called Polish Collection. It is quite possible that if you know the name of your relative and the name of the place he/she lived in Poland in 1926, you may be able to find the signature of that child.

About 90 years ago approximately 5 million children, who attended over 20,000 schools in Poland (in 1926), signed letters known as the “Polish Declarations of Admiration and Friendship for the United States”. These letters are contained in a collection of 111 volumes of signatures which are stored at the Library of Congress in Washington, D.C. Among those who signed the Emblem of Good Will were Polish President Ignacy Mościcki, Prime Minister Józef Piłsudski, other government officials, parliament members, as well as high­ranking provincial officials, military representatives, businessmen, and academics. Among them – Bruno Schultz, then a teacher in the middle school in the city of Drohobycz. The Emblem of Good Will was decorated with drawings from famous artists, including Zofia Stryjeńska and Władysław Skoczylas. It was presented to President Calvin Coolidge in November 1926 at the White House, and was then passed along to the Library of Congress 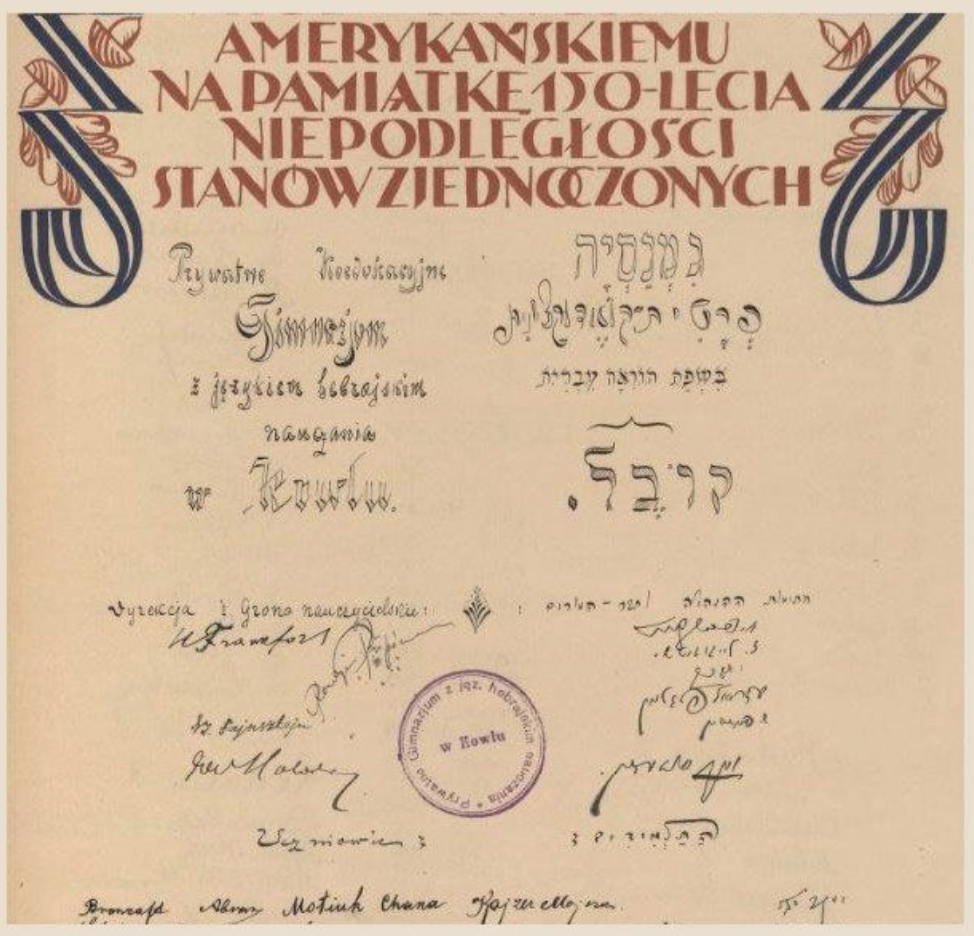 Among the 5 Million children who signed their names, there are at least 500,000 names of Jewish children who attended primary, middle or high schools. The Holocaust most likely extinguished the lives of about 450,000 of Jewish young adults who were the signers of the “Polish Declarations of Admiration and Friendship for the United States”.​The remaining who survived became scattered around the world, including here in the U.S. For most of those who

perished, their signature in these volumes of books, may be the only sign of their existence. Moreover, these books contain a wealth of information about pre­war Poland and invaluable material for historical research, especially for researchers of the education system. 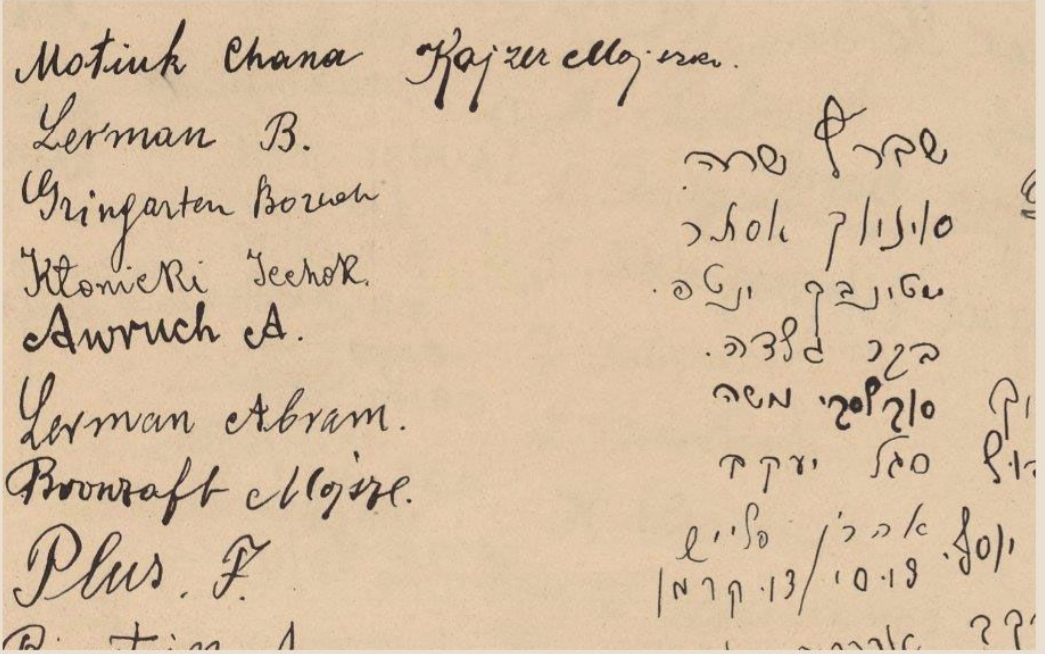 The collection was largely forgotten in the Library of Congress for seventy years until the 1990s, when it was rediscovered. The government decided to digitize the collection, but only the first 13 volumes that contained the wishes and signatures of the most senior representatives of the government. Due to financial restraints they did not digitize the rest. It was the realization that all the precious and unique information may be destined for oblivion if something is not done soon, that pushed Sam Ponczak , a Polish emigrant living in the U.S. since 1957, to action. Under his leadership and under the umbrella of the Polish Library in Washington, a non­profit organization promoting Polish literature and culture in the US for the last 25 years, a task force called “Class of 1926” has been created to gain support for the idea of digitizing the rest of the volumes in the collection. Mr. Ponczak is working closely with Grażyna Żebrowska, the vice­president of the Polish Library in Washington.  The project has support from several members of the American Congress as well as the Congressional Caucus on Poland.

As of today, the Library of Congress gave its permission to start the work of remaining digitization. It is expected to take about 4 months ( 5 days/week) and to cost $35,000, which needs to be raised by donations.

All donations will go in their entirety to fund the project. As there is a deadline set for it, the money needs to be raised by May 1st 2016.

Please, support this important undertaking and contribute to help preserve an important part of Polish-American history for the generations to come.

Your tax deductible contribution can be made with a check issued to :

Friends of the Polish Library/Class 1926

If you have any questions or would like more information, please reach out to

Adjusted and edited by Eliza Sarnacka-Mahoney

Photos by courtesy of Sam Ponczak